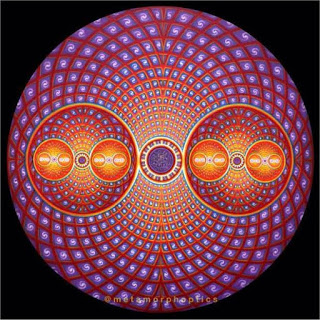 My visual concept model of the multi-verse black (w)hole. The inside of the black whole is at the center, containing an entire universe at macro level, and the black hole is the transitional light perimeter, with the birth of another universe expanding outwards, with the process embedded fractally within itself in the toroid form.

For me this takes care of the whole "edge of the universe, but what's outside that?" problem. The black hole could really only be a dimensional threshold that births universes.

It could be a film, with the membrane of the sphere as the black hole event horizon, with universes on both sides, and with a third universe that's not visible which has the galaxy with a collapsing star that created the particular black hole for each one.

This would be a 2d slice of a 5d meta-verse concept, or a place to see the before and after stages of all the universes from. 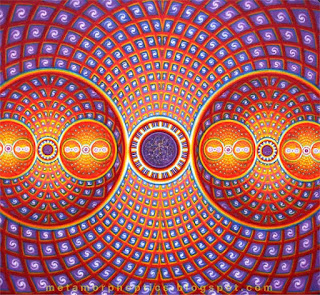 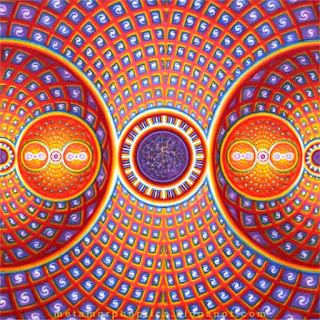 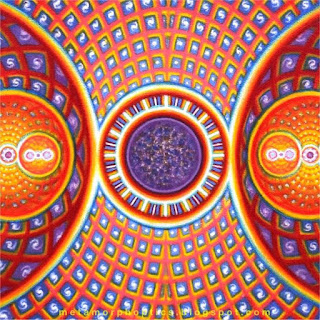 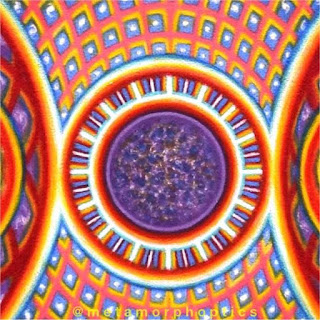 
"The cosmological picture that emerges--a map in time as well as in space--is not what most of us expected. It offers a new perspective on how a single "genesis event" created billions of galaxies, black holes, stars, and planets, and how atoms have been assembled--here on Earth, and perhaps other worlds--into living beings intricate enough to ponder their origins. There are deep connections between stars and atoms, between the cosmos and the microworld. . . . Our emergence and survival depend on very special "tuning" of the cosmos--a cosmos that may be even vaster than the universe that we can actual see." - Martin Rees